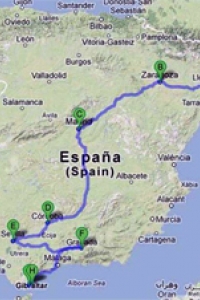 Alice Guy traveled around Spain for six weeks, from October 15th to the end of November of 1905,  filming in Barcelona, Madrid, Granada, Córdoba and Seville. Guy's mission was to film a series of chronophone films in Spanish and pave the way for Gaumont film distribution in Spain. Guy has also been tentatively credited with filming La Malagueña y el torero (1905) and Le Tango (1905) while on this journey.  Francisco Griñán has investigated her journey in a way never done before.

The First Films Shot in Spain 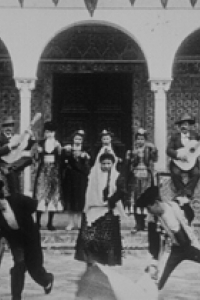 I just completed a translation and edit of  Stereotypes and Archetypes in Early Spanish Cinema by Francisco Griñán for the New Review of Film and Television Studies. The paper is a case study of how national archetypes and stereotypes get put into place.